The beginning of this side has great science fiction vibes, making me think of the original black & white film version of The Day the Earth Stood Still, godzilla movies…there is what I perceive to be a campiness that joyfully tributes the analog synthesizer, sci-fi film scores/synth music of the 60s and 70s. This is just what comes to mind, not necessarily what I view to be the entirety of the substance of the piece. It seems to take a lot of pleasure in the analog aesthetic, which to me feels fun, despite the somewhat moody nature of the music. It’s dramatic and imaginative, as well as being sort of complex in the way it plays out over the…10 minutes (?) allotted. There are movements, or phases the piece takes. It develops in levels, and each level has its own palette of cool analog dementia to define the shape of the next level. It’s impressive to become aware of each segment’s specific details of construction in mixing, choice of sound, and – not forgetting – tonal composition. I’m interested to hear a full length recording of this analog synth creativity.

Another piece for possible use as a film score, only this is possibly more fitting to Nosferatu or something else in or near to the black and white, staticky, horrific category. A repeated ascending and descending arpeggio in a minor eastern mode serves as backdrop, with a loop of clanking & footsteps adding suspense, periodically what sounds like a guitar adds in some heavily phased yet distant exclamations, an organ (?) helps the ambience, occasionally a synth sounding like water drops plops slightly out of key – adding to the tension. Dark and moody. Well done. This for some reason makes me think of the excellent Jiri Barta short horror film The Last Theft.

Most any music can be imagined as soundtrack to some kind of movie scene, but some just carries a mood that lends itself to moving imagery easier than other music would. This tape has that feel for me, possibly not for others. The moods of the two pieces are unlike the more frequently heard moods of ambient / electronic / synth / new-new-age music being released lately, and have a pronounced anxiety or suspense that puts them into a separate category. I don’t know what I’d call the category, but for me it’s separate from what may be seen as, for lack of a better word, trendy, popular, hip, whatever you want to call it. The approach and the sounds are different. This is a complement to these artists, as they seem to be on their own wave of creation, sculpting special sorts of drama & vision with their electronics.

I couldn’t find a direct page for Cats’ Orchestra…looks like the page was deleted. In lieu of that here’s a soundcloud link to an exerpt from this tape, and a link to Dumpster Diving Lab, Nicholay Syrov’s label: 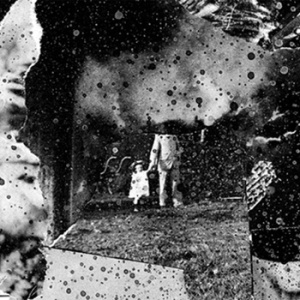 I’m glad that the silliness of the group’s name subverts expectations and doesn’t match the music they make in the typical way. Not to diminish the stature of many artists I love, but it’s nice to have artists here and there that don’t take themselves so deathly serious 200% of the time. There are many sides to life, and it’s nice not to pretend that some of them (sense of humor & playfulness) don’t exist. It’s obvious that The Kevin Costner Suicide Pact deeply feel the contemplative emotions in their music, despite the playfulness they show in their name and titles. Out of the 6 tape batch this came in, this was my favorite. This is very beautiful and evocative ambient music done with care and style above the average. It’s always moving and evolving in ways that seem carefully thought out, but may not actually be; these are likely some sensitive and skilled improvisors in addition to any skill of composition they possess. Along with the care put into content and delivery, the central virtue of this recording is its variety, which averts the monotony that ambient recordings sometimes suffer from. I’ll say that ‘monotony’ is sometimes just what is needed, though, depending on the mood of the listener. Some gorgeous looped drones run through reverbs, accordian drone, misc. synthesizers (not much), odd phone conversation / phone system clips (side a’s “and”), sounds of water, electronically manipulated cymbals, odd bits from tapes of people chattering & singing (a Boards of Canada feeling…on side b’s “holdraketa”), minimal gently picked/strummed/sampled guitars, reversed windchimes, a bit of disguised voice, and other well-chosen additives are gently stirred together with patience and subtlety. There is work with panning, as well as some tiny elements of analog or other artifacts that randomly occur over the course of the tape that add to the complexity. The 60+ minute length of the tape is appreciably substantial; a cherry on top of the handful of cherries already on top. An amusing coincidence that I watched Dances With Wolves last night.